Let me just put this out there, I am not now and have never been a runner. In fact, as the phrase goes, if you see me running, you should run too because I’m being chased by a bear (although I live in the UK, so replace bear with big dog/scary cat). My exercise routine over the years has consisted of…school PE, school team sports, tennis, football for Bradford City WFC, tennis again and carrying/chasing small children.

I’m not exercise averse, I just prefer to be doing something fun and the exercise has always come as an added extra to the fun. I’m pretty sure that’s not the case with running. The exercise is the whole point, so I’ve always found it pretty boring/too hard. Cross country at school? “I’ve forgotton my kit/feel sick Miss” or worst case scenario: run when teacher can see, walk when she can’t. So I’ve never been interested in running for fun and certainly not in the years since I had children.

I thought that all that was about to change. I signed up for a Race For Life in June with my family and because I’m so competitive and couldn’t possibly just walk around a 5k course, I attempted to train myself up for it. I used an App but only got 3 weeks into it for various reasons, mostly starting with L and ending with Y…(clue: it’s not lucky) and then resorted to running down the hills and walking up the hills and most of the way. I also took my 6 year old daughter around with me, so I could stop and blame her – I wish I was joking!!

4 months later…it’s mid October and I’m feeling fat, generally a bit down and just a little bit fed up of myself and my excuses. I’ve bought myself a Samsung Galaxy watch and I’m going to give the Run 5K app on there a go. I’ve started already as I didn’t want to commit myself via this blog post without giving it a go and so far, so easy. 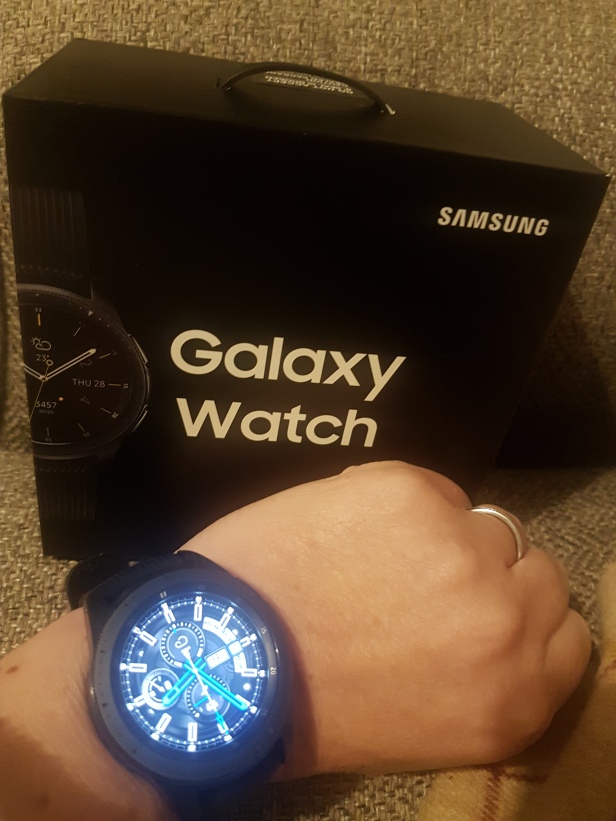 I’m on day 11, thankfully that’s a rest day and up until now, I haven’t actually had to run at all with this app…long may it continue. Apparently I will be able to run a 5K by the 11th December. Wish me luck – of course I will be checking in along the way. If anyone wants to cheer me on with a comment in the box at the bottom – that would be lovely!!